While Lilongwe has Bingu National Stadium (BNS), government has lined up stadium projects in Blantyre, including the construction of a new national stadium. In Zomba, government is also upgrading Zomba Community Centre ground into a 20 000-seater stadium.

Msungama said the Tonse Alliance administration has equitable infrastructure provision policies and provision of a new stadium in Mzuzu has been incorporated in the Mzuzu Youth Centre construction Project.

“Our priority project is Mzuzu Youth Centre which will contain a state-of-the-art football stadium capable of hosting international games. Shortly, we will be handing over the project to a contractor to start the construction work,” said Msungama.

Public Procurement and Disposal of Assets Authority (PPDA) on June 30 2020 gave the sports  ministry a go ahead to award a contract for the construction of the youth centre in Katoto Township.

The project is pegged at K19.7 billion.

According to the minister, funds for the project are already in place and a contractor has also been identified.

“We are not talking of laying  a foundation stone. What should be clear is that we have identified a contractor to start the work. I cannot specify the period when it will be completed, but we have challenged the contractor to finish the work as soon as possible taking into consideration that the funds are available,” said Msungama.

He said: “Government has no excuses, it is supposed to extend the modern stadium projects to Mzuzu as well. We have been deprived of watching international football games due to lack of good stadium.”

On the other hand, Mzuzu Warriors general secretary Donnex Chilongo said it is unfortunate that Mzuzu has not been mentioned on the stadia projects the government intends to embark on.

“We are hearing of so many stadia projects and it is only proper  that government should do the same in Mzuzu. We have so many teams from Northern Region in the [TNM] Super League which are contributing towards the development of the game,” he said. 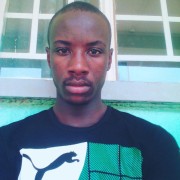