Numerous stories have been written, broadcast and shared about Tumaini Festival since its inception in 2014.

The Festival has made history for becoming the only free of charge arts and cultural Festival that happens within a Refugee Camp in the world.

Government regimes, foreign envoys have hailed the event for its economic impact on both Refugees and Malawian businesses, international artists have rubbed shoulders with local acts while cultural activities have also been shared.

However, this piece will share my personal experiences that have perhaps not been shared by either Journalists or members of the general public.

Tumaini Festival 2022 almost failed to happen due to lack of financial resourses towards the organization of this global event.

However, the hard working organizers managed to host a series of fundraising events including that one that took place on Friday, 21st October at Tyre Trove , Area 4 behind Amina House in Malawi’s Capital, Lilongwe.

After the official opening ceremony which was presided over by Director of Arts in the Ministry of Culture, Arts and Tourism, Humphrey Mpondaminga on Friday, Tumaini Festival Tresor Nzengu Mpauni better known as Menes La Plume had locked keys inside his car.

A few artists waited until the wee hours for their performances while I had to wait to observe and report what will transpire at the Festival.

Unfortunately, we were all stranded after the show.

Menes assured us of our safety and accommodation. We were provided with a comfortable accommodation at a certain cottage outside the Dzaleka Refugee Camp close to the resettlement area.

During our stay, Menes narrated his mental health struggle when he was still at the Camp. He was depressed.

He used to take long walks to a nearby river where he would clear his heard and the Tumaini Festival idea transpired. It was a light bulb moment for Menes.

He then founded Tumaini Letu, a Dzaleka Refugee Camp based organization in 2012.

Tumaini Festival also serves as a platform for advocacy on refugee rights.

Menes la Plume is himself a refugee poet, musician and writer from Lubumbashi in the South of the Democratic Republic of Congo (DRC).

Tumaini is further not just a Festival of Hope, it is also more about humanity.

There are more than 300 churches at the Camp whose congregants patronize the Festival despite their different denominations.

This year’s Festival also saw the LGBTQ community being open and free.

I had an interaction with a lesbian couple that declared their sexual orientation.

They expressed hope that it was only a matter of time until Malawi and Africa at large accepted who they really are.

Some Refugees further took advantage of Tumaini 2022 Festival by staging a protest against authorities as they demanded better living conditions in the Camp.

Dzaleka Refugee Camp was originally built to accommodate 10,000 but is now a home of over 50,000 refugees and asylum seekers.

SAINT PREFERS PILLOW OVER A WOMAN

New Artist From Dowa, Get To Know Nakki

SAINT PREFERS PILLOW OVER A WOMAN

New Artist From Dowa, Get To Know Nakki 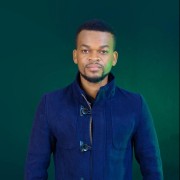 Promoter. For Upload and Adverts contact Amuna Misso at amunamisso@gmail.com