After a 3 year hiatus, the UMP Awards have returned to Malawi’s capital, Lilongwe for the 2020 virtual edition.

The UMP Awards were last held in Lilongwe in 2017.

The 2020 awards ceremony is scheduled for 19 December at the magnificent BICC auditorium.

The event will be broadcast live on Mibawa TV and streamed on social media platforms.
The Blues has been confirmed to host the awards watch party in Blantyre.

Meanwhile, the highly anticipated UMP Awards nominations will be announced on 28 November at Fashion 4 Change event scheduled to take place at Golden Peacock Hotel in Blantyre. 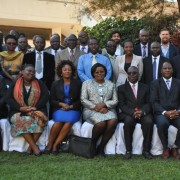 Harold Kapindu is an award winning online arts and entertainment journalist based in Lilongwe, Malawi. He has previously worked with Malawi News Agency and Timveni Child and Youth Organization. Contact malawianrapbattle@gmail.com

SUFFIX WINS RAPZILLA AFRICA BASED ARTIST OF THE YEAR

WILL MARTSE EVER RELEASE HIS ALBUM “TRUTH ONLY”?

Kim of Diamonds: THE ONLY DIAMOND FROM MALAWI